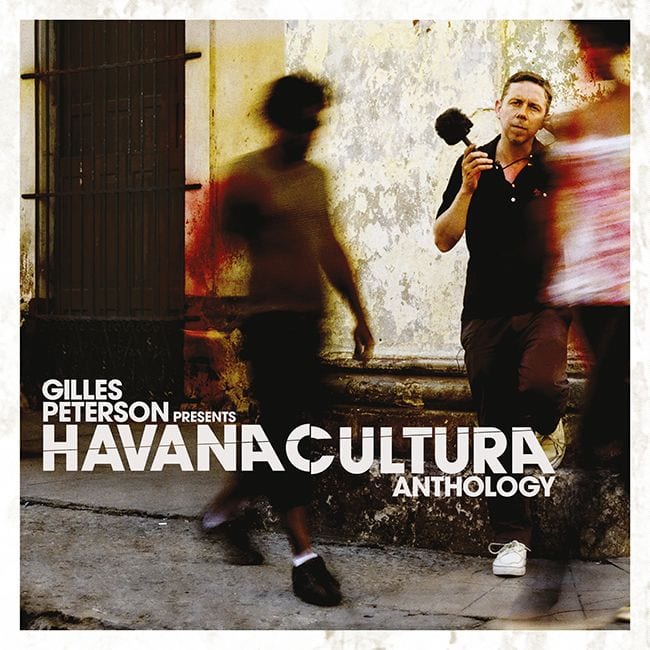 The release of a triple vinyl set with a selection of twenty-three emblematic tracks celebrates eight years of musical research and experimentation featuring Cuba’s musical avant-garde under the curation of Gilles Peterson with the backing of the Havana Cultura project.

In 2008, DJ and globetrotter Gilles Peterson was approached by the melomaniac at the helm of Havana Cultura – an initiative to showcase and support Cuban creativity by Cuban rum maker Havana Club –, inviting him to Cuba to check out Havana’s underground music scene with a view to making an album. While some might associate Cuba simply with salsa or Buena Vista Social Club, there was a new generation of artists teeming with new sounds, waiting for an opportunity to reveal their talent to the world.
That first trip was the beginning of what has now been an eight-year-long collaboration between Peterson, his Brownswood Recordings label and Havana Club’s cultural platform. It first resulted in the release of Havana Cultura : New Cuba Sound, an acclaimed double album that included original pro- ductions and a compilation of existing tracks across a range of genres reflecting contemporary Cuba’s musical diversity : jazz, hip hop, reggaeton and plenty in between.

From there, the first edition of Havana Cultura Sessions, a solo release from Danay Suarez – a standout talent in the sessions for New Cuba Sound – came next, followed by Havana Cultura Remixed, joining the dots – with remixes from Louis Vega and 4 Hero – between Cuba and global club culture. After that, 2011’s Havana Cultura : The Search Continues was the next attempt to dig deep into the different corners of the island’s contemporary music scene. Joining Peterson on that trip was dubstep pioneer Mala, who took recordings and sessions with Cuban artists as the basis for Mala in Cuba, an album marrying together UK soundsystem culture with the deep rhythmic possibilities of Cuba.
On Havana Cultura Mix – The Soundclash !, the project was opened up to fledgling electronic producers through a remix competition for unsigned beatmakers. Top entries were chosen from mixes submitted online, with winners being flown to Cuba to collaborate with some of the island’s finest artists. The Havana Cultura Sessions EP by Daymé Arocena, which followed, was the first solo release by a vocalist and choir leader who had been too young to record when Peterson and the Havana Cultura team had first encountered her stunning voice.

Finally, 2016 saw the release of Havana Club Rumba Sessions – Peterson returned to Cuba with old friend Crispin Robinson, who guided him through the rumba traditions running deep through all of the music which has followed it. The album saw the three central rhythms to rumba – guaguancó, yambú and columbia – remixed and reimagined by a diverse range of producers from around the world.

With a new album by Arocena on the way, the Havana Cultura album series continues to be a vital route into the best that the contemporary Cuban music scene has to offer.
“At Havana Club, we’re proud of our Cuban origins. Havana is one of the world’s most buoyant cultural scenes – particularly when it comes to music – and we were eager to give a bigger voice to a generation of young artists whose work is decidedly modern, yet firmly anchored in the richness of Cuba’s musical tradition,” explains François Renié, who runs the initiative at Havana Club.

“The Havana Cultura project gave me the chance to go deep in a country that had intrigued me ever since I was digging for Latin records as a young DJ,” recalls Gilles. “From the first release up to now, it’s been about taking that spirit of the Buena Vista Social Club to show a new generation of artists and opening it up to as big an audience as possible. Picking the tracks for this anthology, I wanted to show modern Cuba alongside the remixes, putting it in the context of a global club culture.”

Notes to the editor :

• The Havana Cultura initiative was founded in 2007 under the auspices of Cuban rum maker Havana Club. Proud of its Cuban roots and with a firm commitment to the development of a diverse and vibrant arts scene in its home country, the brand has taken a leading role in the promotion of contemporary Cuban creativity through a multimedia digital platform, Havana-Cultura.com ; an album series produced with Gilles Peterson and Brownswood Recordings ; and sponsored or owned events, both in Cuba and abroad.

• Havana Club is Cuba’s iconic rum brand sold in over 120 countries, excluding the US, where Cuban products are banned due to the trade embargo.
Vidéos
Télécharger
Liens