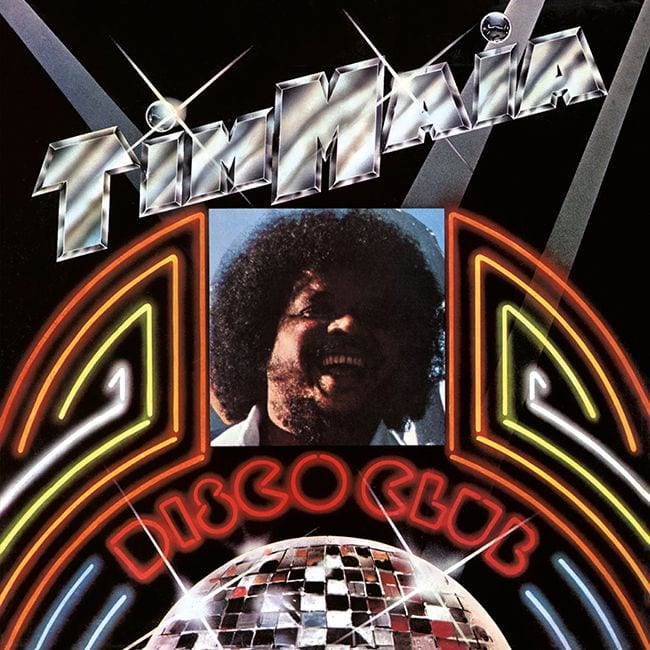 Mr Bongo brings another Brazilian rarity to the masses with this sublime reissue of Tim Maia’s Disco Club. Recorded in 1978, it’s a latter-period gem from the larger than life legend, combining the glitz and glamour of disco’s heyday with Maia’s raw funk and soul roots.
Presentation
Official Mr Bongo reissue. Replica original artwork.

Mr Bongo brings another Brazilian rarity to the masses with this sublime reissue of Tim
Maia’s Disco Club. Recorded in 1978, it’s a latter-period gem from the larger than life legend, combining the glitz and glamour of disco’s heyday with Maia’s raw funk and soul roots.

When Maia first heard Little Richard as a teenager, he knew what kind of singer and artist he wanted to be. Five formative years spent in the US, where he ran wild in NYC and joined a doo-wop group called the Ideals, did little to dampen his enthusiasm for black music.

Stirred by the civil rights movement in the US and driven by a punk spirit, Maia went on to
blaze his own trail through the early 70s over the course of four successful albums for
Polydor. Moving away from the straight MPB, Tropicalia and international rock dominating
the airwaves, his sound represented a new black Brazilian consciousness. When he sang, he could be raspy and defiant one moment … and then romantic and reflective the next. But always on a groove and with a hook. It was an irresistible combination.
Yet by 1977 he was bankrupt and in limbo having first joined a religious cult called Superior National and then alienated listeners with his first album sung entirely in English. To complicate matters further, Brazil was feeling the Saturday Night Fever. Gloria Gaynor, Chic and Kool & the Gang were dominating the charts and filling hotspots such as New York City Discotheque in Ipanema and Frenetic Dancing Days in the Gávea Mall.
Maia left his usual band and went into the legendary Estudios Level with a mighty ensemble of Rio’s finest including Paulinha Braga on drums, Jamil Joanes on bass, Robson Jorge on clarinet, Hyldon De Souza on guitar, Sidinho on percussion, trombonists Edmundo Maciel and Darcy Seixas, and Juarez Assis on tenor sax.
Arranger and keyboardist Lincoln Olivetti was a crucial presence during these sessions. He added that all-important string flourish and brassy joy to the uptempo tracks while giving the star enough room to express himself.

The album kicks off with a trio of floor fillers : the exuberant party starter ‘A Fim De Voltar’,
a sing-a-long anthem in ‘Acenda O Farol’ and the undeniably funky hit ‘Sossego’ (file that one next to Fatback). But then Maia drops it down and gets existential on ‘All I Want’, questioning the meaning of happiness. He also shows his tender side on slow burners such as ‘Murmúrio’ (written by the great Cassiano) and ‘Pais E Filhos’, the latter featuring a supersoft bed of harmonies you can’t help but lay down on. But the party ain’t over and mid-tempo groover ‘Juras’ gets the feet moving again before ‘Jhony’ sends us swaying off into the night.

Maia’s appetite for excess would eventually get the better of him. But Disco Club is the sound of an unpredictable genius on top form. Get ready for the time of your life.