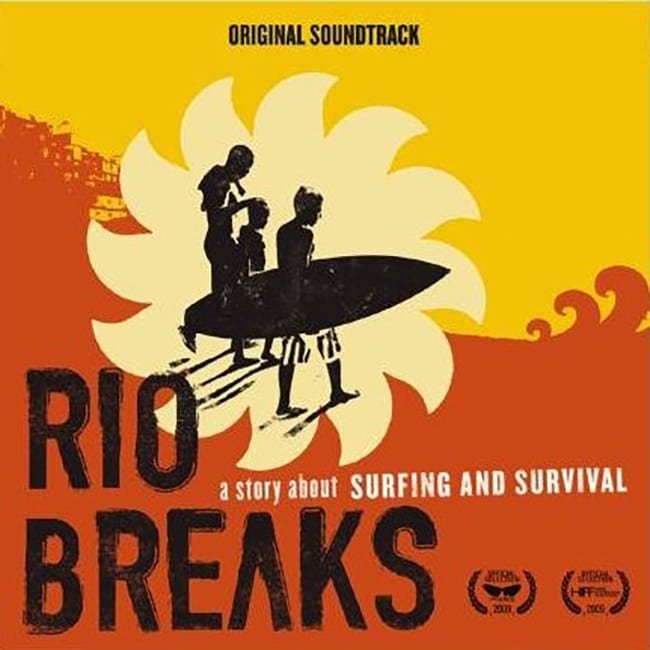 RIO BREAKS is the moving feature documentary that follows the story of two best friends as they try to escape the pitfalls of life in the slums of Rio by riding the waves on their favourite beach. The film is directed by Justin Mitchell and was released on Mr Bongo Films in October 2011, after an incredibly successful run at the Empire Leicester Square and nationwide cinemas.

The soundtrack features Deize Tigrona, a funk carioca singer from Rio. Deize worked as a maid until her music career took off with songs like ‘Injeção’ being used as the basis for the M.I.A. song ‘Bucky Done Gun’. Also featured is Nego Moçambique, who DJ Hell raved about in O Globo, saying he “sounds like like a mixture between Kraftwerk and Green Velvet with a Brazilian touch”. Moçambiqueʼs sounds evades genre classifications as it references black music, Baile Funk, Afrobeat, electro, house and breakbeat. In his propulsive, minimal tracks, Moçambique samples everything from Gilberto Gil to Barrington Levy and Prince.

Juca Chaves is a famous Brazilian comedian. He returned to record the classic Samba rock tune ʻTake me back to Paiuiʼ which Mr Bongo rediscoverd and has been used on Brazilain Beats 4, Adidas adverts and numerous US TV shows.
The soundtrack was commissioned especially for the film, with the main composer Jeff Kite. He recorded and produced the soundtrack for Rio Breaks at Deathstar Studios in Los Angeles. He currently plays with Julian Casablancas, Vicky Cryer and Beat Club.
Liens