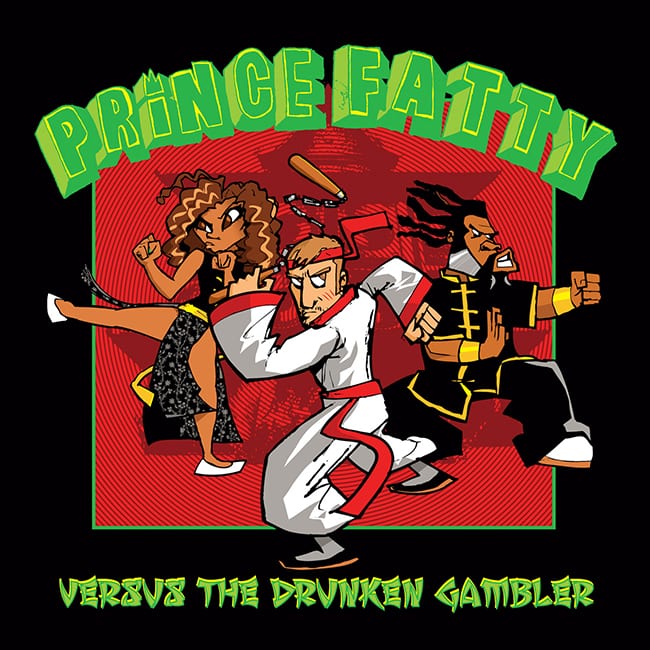 A true tale of betrayal and revenge. When Prince Fatty discovers that his former master has indeed turned to the dark side, a broken oath releases 10 fatal strikes of Sound System Specials. Only Prince Fatty can stop the Drunken Gambler’s evil plan, but to do so, he must first battle the deadly team of “Disco Monks” that will stop at nothing in the service of their overlord.

No mercy is shown as Daddy Horseman strikes the blood stained swords of arch rivals and sworn enemies. Backed by the ’Supersized’ assasins and the Mutant Hi- Fi, each having their unique kung fu style and weapons in an epic sound system battle lasting over 30 mins. Featuring Studio One legend Winston Francis and George Dekker from the Pioneers as the invincible Twins of Fury, Hollie Cook as the deadly Angel of Vengeance and as special guest, the infamous Dennis Alcapone.

“When we play out, our sound system set can run for over 2 hours, Horseman toasts and I select and dub a mix of our own productions, specials and bootlegs. I like to play a few classics in the set and a little surprise is nice of course, for legal reasons we could not include the bootlegs though some digital bandits have uploaded some of them. This album contains the legal selection...a couple of originals, some new versions and covers from our dub plate collection. Of course we love Kung Fu, vintage public service announcements and Dub. With a mix of fantasy and reality I present Prince Fatty versus the Drunken Gambler.”