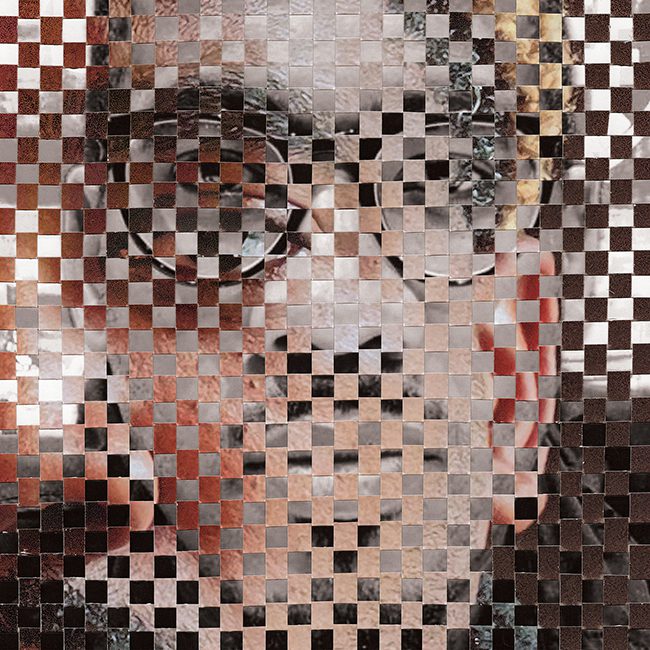 Eye Of I
Label: Anti- / Pias
In 2021, the saxophonist and composer James Brandon Lewis had a career breakthrough with his tenth album, The Jesup Wagon. Inspired by the mobile agricultural education efforts of inventor George Washington Carver, the song cycle was hailed by critics for its dreamlike mosaic of gospel, folk-blues and catcalling brass bands. It was named Album of the Year at Jazz Times and Downbeat and a bunch of international jazz magazines, and it established Lewis as one of the provocative musical voices of his generation.

Along the way, Lewis drew the attention of many improvising artists, most notably the saxophonist and jazz deity Sonny Rollins, who doesn’t offer effusive praise very often. Moved by Lewis’ deep, spirit-seeking sound, Rollins said “When I listen to you, I listen to Buddha, I listen to Confucius … I listen to the deeper meaning of life. You are keeping the world in balance.”
Présentation
In 2021, the saxophonist and composer James Brandon Lewis had a career breakthrough with his tenth album, The Jesup Wagon. Inspired by the mobile agricultural education efforts of inventor George Washington Carver, the song cycle was hailed by critics for its dreamlike mosaic of gospel, folk-blues and catcalling brass bands. It was named Album of the Year at Jazz Times and Downbeat and a bunch of international jazz magazines, and it established Lewis as one of the provocative musical voices of his generation.

Along the way, Lewis drew the attention of many improvising artists, most notably the saxophonist and jazz deity Sonny Rollins, who doesn’t offer effusive praise very often. Moved by Lewis’ deep, spirit-seeking sound, Rollins said “When I listen to you, I listen to Buddha, I listen to Confucius … I listen to the deeper meaning of life. You are keeping the world in balance.”

After the praise chorus quieted down, Lewis inevitably began to think about next moves. It was the waning moments of pandemic panic, and he knew this much: He was itching to play. He also knew that he wasn’t interested in undertaking another extra-musical research project like The Jesup Wagon. He took time to ruminate on the ten years he’d spent as a musician in New York City, and the experiences he had leading his own groups while seizing chances to mix it up with punk bands and hip-hop MCs and free jazz titans. He thought about the moments when he felt most alive. They shared a trait: They were not cerebral exercises in high-concept heaviness. They happened when he was loose, in the moment, running on pure visceral instinct.

“I come from the generation that went to school to learn music,” says Lewis, a self-described seeker and old soul of thirty-nine who did his undergrad at Howard University in Washington DC and earned his master’s at Cal Arts, where he studied with Charlie Haden and others. “What happens in that environment is everything becomes overly complicated. [After Jesup Wagon] I was aware about how inside my head I tend to get. I started thinking about the importance of breaking out of those thought patterns from school. At this point I have a kind of trained intuition, to know where stuff is supposed to go. I began to challenge that, and the more I did, the more I became obsessed with the basics.”

That sent Lewis on what became a thorough, revitalizing purge of his artistic trick bag. He cut out compositional complexities, focusing instead on earnest, sing-able melodies. He avoided some of the fancy jazz chords. He explored folk song themes like those he played with Mark Ribot on the stirring Songs of Resistance 1942-2018, which brought him to the attention of musicians outside of the jazz realm. (Ribot, a longtime admirer,  advocated for ANTI- to sign Lewis, his impassioned message describing Lewis as a keeper of the legacy of John Coltrane: “James Brandon Lewis’ solos are like a jumbo jet – you need to give them plenty of runway space to take off and land.”)

Then Lewis meditated on the instrumental configuration best suited to bringing his new ideas to light. Rather than write for a large group, or even a horn section, he gravitated to a lean, unconventional power trio: Tenor sax, electric cello, and drums.

And he swapped the aesthetic manifestos he’d attached to previous albums (see An Unruly Manifesto) for a simple punk-band-in-the-basement credo: Chasing energy. Above all else.

This process of stripping away led directly to Eye of I, Lewis’ bracing, sometimes haunting, arrestingly diverse Anti Records debut. It’s a record alive with the messy contrasts of life in the United States circa 2022 – dissonant one minute and graceful/prayerful the next; animated by anger and contention as well as the possibility of resolution; holding equal space for expressions of steadfast faith and wild spontaneous skronkage.

“What I’m interested in is the dance,” Lewis says, crediting the longterm mentorship of pianist Matthew Shipp for expanding his awareness of unspoken aspects of musical conversation. “That’s a fundamental dynamic – I take some, you give some, we interact, now we have something, now we can go someplace.” He adds that the Eye of I “power trio” – Chris Hoffman on cello and Max Jaffe on drums – is particularly adept at this give and take: “The first time we played, things just lifted up right away. Everything that group does just feels fresh.”

Eye of I opens with 44 seconds of gritty, high-throttling low-down groove, an ear pulverizing opening designed to cleanse all traces of ordinary from the palette. From there, Lewis offers a prayerful cover of Donnie Hathaway’s “Someday We’ll All Be Free” and then the first of his disarmingly addictive originals, “The Blues Still Blossoms.”

Though oriented around the primordial flatted-third blues interval, it is more an incantation than a blues. As Lewis explains, he sought to avoid all traces of the blues as understood by academics. “I was thinking about miles of blue fields, that was the visual in my mind. I wanted a blues that sounded like it was floating and never ending.  And also new, refreshing. The piece is built on word-like phrasing – I’m not thinking about time at all….It’s like a  a breathing walk, or a conversation. It’s blues after a hard day’s work  -- it has nothing to do with form or hitting the right anything. It’s like “OK, so the work day of “time” is over: Now what do you want to say?”

That tune and the meditative “Within You Are Answers” are notable for their sturdy, broad, declarative themes. These have little in common with intricate maze-like contemporary jazz composition – and that is intentional. Lewis recalls that from his earliest experiences with music growing up in Buffalo New York, he knew, innately, that he had a special aptitude for melody.

“I went to a Performing Arts high school where it was required, from 5th or 6th grade, to be in choir. So I learned to sing, use my voice. That got my ear attentive to melody, and also the emotive quality of music, how a melody can make you feel.” Lewis started to play clarinet at age 9, and remembers learning melodies by ear, from memory. “When that movie Mr. Holland’s Opus came out, I just loved it, and I still remember that melody that clarinetist was trying to learn. I was 12. But I can still sing it – it’s been etched in my mind my whole life.”

Lewis’ melodic identity encompasses ancient and future, inside and outside, density and openness, church and street. He’s a master of the short infectious motif, and like Sonny Rollins, devotes long expanses of his improvisation to the stretching and refracting and mutating of short phrases. The son of a minister, Lewis grew up playing in church and hearing the titans of jazz at home, and then as he got older, encountering Buffalo artists like the free-jazz saxophonist Charles Gayle and the groove-minded saxophonist Grover Washington Jr. After moving to New York, Lewis pursued music in many different lanes, playing regularly with bassists William Parker and Jamaaladeen Tacuma from Ornette Coleman’s Prime Time band, as well as trombone player Craig Harris and many others.

Lewis writes at the piano, not the tenor, and says that on this project, he found himself thinking cinematically after a conversation he had with saxophonist and composer Henry Threadgill. “He got me thinking about foreground, middle ground and background, like in a scene from a movie,” Lewis says. To reinforce that visual sense, Lewis focused on basic triads and diatonic harmony – “I don’t call myself a free musician,” he advises. He adds that to make his themes stand out even further, he didn’t include conventional chord symbols or any harmonic guidance on his charts. “I don’t write any chords on my music. I’m at a place where I don’t like the weight of complex harmony. There are more colors available when things are open. I think that’s why my music has a certain lift to it, because I’m encouraging the other musicians to explore and bring out the harmonies that resonate for them.”

One result of that: Eye of I  travels through a staggering range of musical styles and moods, from Donnie Hathaway to Cecil Taylor to the plaintive gospel cry “Even The Sparrow” to the anthemic closing throwdown “Fear Not,” a collaboration with the postpunk group The Messthetics, which features members of Fugazi.

The collaboration happened quickly, in a last-minute way after the rest of Eye of I had been tracked. Lewis credits his trio with preparing him for the volatile interactivity of the Messthetics. “It was really just more chasing energy – instantly it was about the interaction. The trio centers around ideas of space and renewal – us taking a melody as a lifeline, the bait, and then from that into a playful dance between the known and the unknown.  That’s what the Messthetics do, too.”
Télécharger