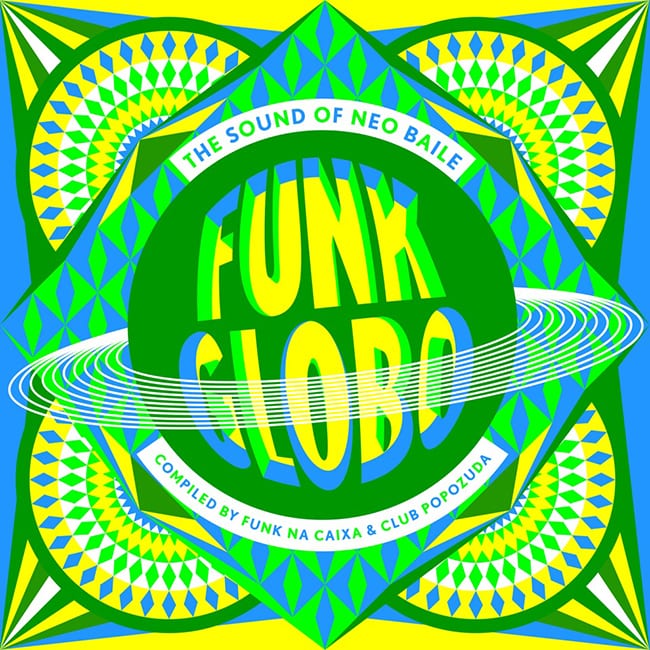 Mr Bongo is extremely proud to present The Sound of Neo Baile compilation, featuring 14 unreleased and exclusive tracks from worldwide producers that re- interpret the love-it-or-hate-it Brazilian Baile Funk sound.

The compilation has been put together by two of the movement’s most knowledgeable players : Sao Paulo-based Funk na Caixa aka Renato Martins and London-based Sean Casey aka Bumps, founder of Club Popozuda.

The Sound of Neo Baile features established names such as DJ Comdrade aka Xao, whose Favela Trap album made a major dent in the burgeoning scene at the end of 2012, Sao Paulo-based MC Gi, one of the forerunners of the scene, and Rio-based Maga Bo, who has been producing Brazilian-flavoured bass music since the early 00s. Alongside these are upcoming artists you’ll most definitely want to keep an eye on including Ophex from Lithuania, Chrono & Slesh from Italy, Gato Preto from Mozambique/Dusseldorf, Chuck Upbeat from Moscow and London-based Bumps, one of the compilers. As a bonus the compilation also features the first lady of Funk, Deize Tigrona, on a track entitled Prostituto that fuses Tecnobrega and Trap rhythms and aesthetics.

Drop what you’re doing and get moving to the sounds of Neo Baile. You won’t be able to resist !

Since 2010 Funk na Caixa has been one of the primary online channels for Baile Funk and its evolutions. The website invites producers and DJs to blend electronic music with the Funk Carioca sound into what Martins has termed Neo Baile Funk. In its first three years the site has released more than 50 tracks, a documentary called

Funk Ostentação about Sao Paulo’s scene and also puts out a regular podcast. Martins has produced for SapaBonde Crew and discovered producers such as Ophex and Leo Justi.

Founded in 2009, Club Popozuda brings to London the best global bass DJs from around the world with an emphasis on Baile Funk and Neo Baile. They have hosted events in Brazil, France and Germany, curated the Floripa stage at the 2012 London Lovebox festival and even brought Baile funk to the Royal Festival Hall. In 2013 they intend to continue their work as ambassadors for the sound, with help from Mr Bongo.
Télécharger
Liens