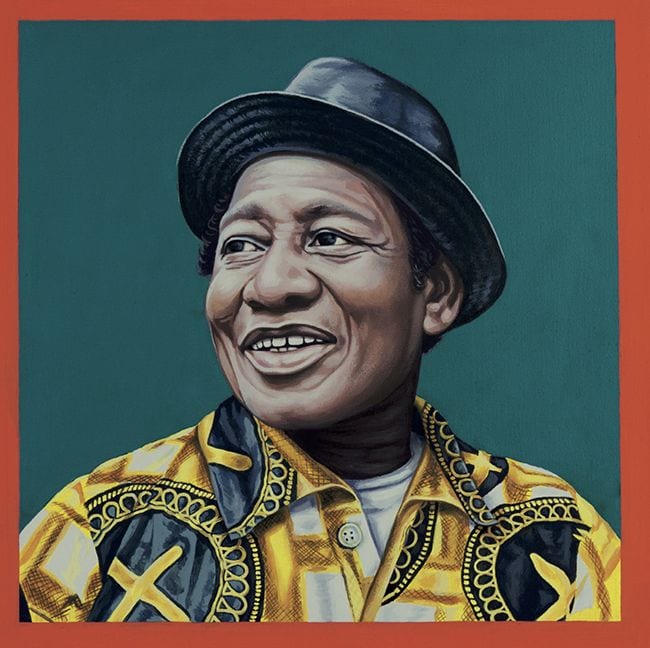 Ghanaian music legend Ebo Taylor returns with perhaps his finest album to date. But don’t take our word for it. That’s coming straight from the man himself. And he should know after more than 60 years in the business.
Presentation
BRAND NEW STUDIO ALBUM FROM THE LEGENDARY EBO TAYLOR

Ghanaian music legend Ebo Taylor returns with perhaps his finest album to date.
But don’t take our word for it. That’s coming straight from the man himself.
And he should know after more than 60 years in the business.

The 81-year-old composer, arranger, guitarist and vocalist has been a key
figure in the evolving afro-funk sound since the Seventies, working with the
likes of Apagya Show Band, CK Mann and Pat Thomas.

Famously, he rubbed shoulders with Fela Kuti while studying in London in the
Sixties, before going on to lead the Ghana Black Star Band (featuring Osei and
Sol Amarfio from Osibisa) and later the Uhuru Dance Band back in Ghana. Like
Fela, he is always pushing forward, constantly reconceptualising his sound and
attuning it for a new generation. Part teacher, part messenger.

Listen to Yen Ara and you will not only hear the high-energy afrobeat, sweet
highlife, jazz and konkoma influences that he’s famous for. There is also a
disco pulse and hard-hitting percussive edge to the tracks, which were produced
by Justin Adams (Tinariwen, Rachid Taha, Robert Plant) and recorded in the live
room at Electric Monkey Studio in Amsterdam. An Ebo Taylor for these times, you
might say.

His group, the Saltpond City Band, are all handpicked local musicians featuring
two of his sons. An appropriate line-up on an album whose titles means “we”.
And they are on fine form, ripping through tracks such as ‘Krumandey’ (a surefire party starter) and ‘Mind Your Own Business’ (a simple message delivered over a frenetic drum rhythm).

Elsewhere, ‘Aboa Kyirbin’ will please fans of tough afrobeat grooves, while
Taylor could well be inciting a riot at his next gig with ‘Mumudey Mumudey’, We
hear him calling for ‘preshaaah’ and leading us into a call and response as the
trumpet takes us higher. And the lift of those horns on ‘Ankoma’m’ evokes some
of his finest work such as ‘Love & Death’ and ‘Come Along’, the latter recorded
with the Pelikans and featured on a recent Mr Bongo reissue.

This album fizzes and pops with life but the best way to experience Taylor, as
always, is live. Catch him on tour in Europe from March 2018.