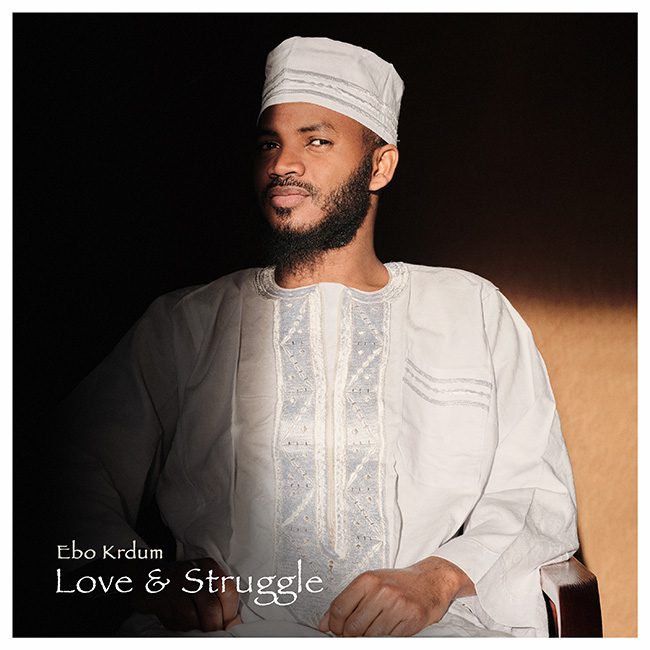 He released his first EP ‘Anasna’ with his band in 2018, followed by another EP ‘Salam’ in 2019, his single ‘Devastation’ in 2020, and his first debut-Album ‘Diversity’ in 2021. Under all these years Ebo Krdum has been touring and playing in most of the big festivals in Sweden and he made a successful showcase at WOMEX-21 promoting his latest release Diversity.

Lately, he started to catch the attention of the biggest newspapers, magazines, radio, and TV, both locally in Sweden and internationally, such as Swedish public service radio & TV.

His last album Diversity got remarkable reviews and was put among the top ten of the world on Songlines 2022. Ebo was also awarded the prize of the newcomer of the year at the world music gala 2020 and rhythm of the year at Manifest-gala 2022 (both in Sweden).

“The Sudanese-Swedish troubadour moves nimbly between different ideas,        keeping well away from the glossy sound and producing an album that never loses sound freshness and communicative urgency” - Blogfoolk Magazine Italy 2022.

“With Diversity, Krdum has made a solid debut album and one that lives up         to its title in terms of music, lyrics and philosophy” - Songlines Magazine UK 2022.

Ebo’s own words about the album:

The album ’Love & Struggle’ is from my project (Old Sudan Jigs) a combination of songs that I wrote in exile during my refuge in Sweden. The album contains ten songs where I’m representing three different languages: Sudan-Arabi, Daju, and Fur. This album can be experienced like a journey full of longing, farewell emotions, strength, love, and resistance, as I’m including both my own feelings in some of the songs and general political messages and statements, reflecting the huge activism that I’m part of. Addressing the issues of injustice, resistance, and revolutions against corruption and dictators, has always been taking part in my musical projects.