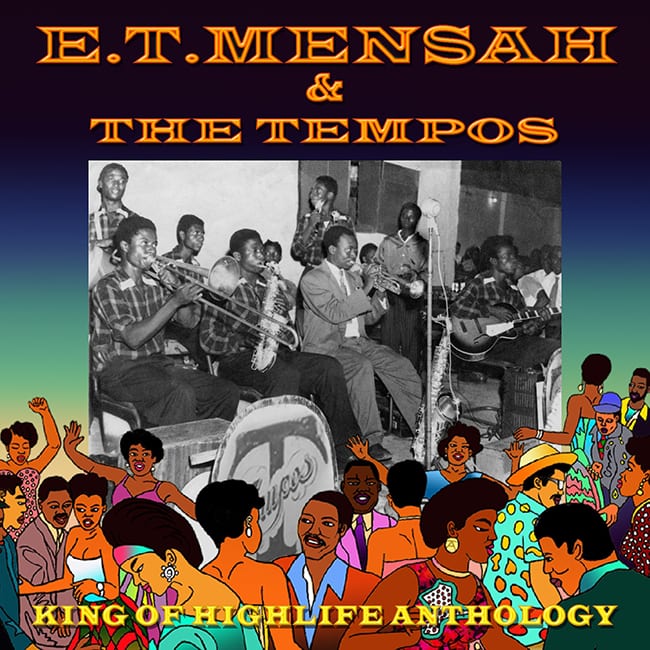 Highlife was the first Pan-African pop music and still survives as the basis for contemporary genres like Afrobeats, afropop, hiplife and is an essential ingredient of earlier forms including Congo rumba, soukous, mbalax and the original Afrobeat.

Emmanuel Tetteh Mensah was a multi-instrumentalist and band leader whose dance band Highlife re- Africanised American swing music, blending it with Caribbean melodies, Latin rhythms and indigenous elements from the musically rich culture of Ghana (then known as The Gold Coast).

Although he had started out on a musical career in the 1930s, E.T. recorded his first 78rpm discs in 1952 and as he later claimed : “When my records came out in 1952 they vibrated into the ears of the listening public in Nigeria and other parts of Africa. It was from this period on that music fans throughout West Africa began to acclaim me as the King of Highlife.” That reputation carried right across the continent, being enjoyed by, and influencing, musicians as far apart as Nigeria, Sierra Leone, Senegambia, Congo and Kenya.

E.T, who sadly died in 1996, was the artist who inspired RetroAfric’s mission to remaster and re-issue essential recordings by Africa’s pioneers of popular music. The first collection, All For You (RETRO1), was released as a vinyl LP in 1986 and later an extended version came out on CD.

Highlife has never died, and this selection of timeless tracks from the mid-1950s to 1960s shows why it lives on, consistently inspiring new generations of musicians and listeners.

With the cooperation of the Mensah family and estate, RetroAfric are pleased to re-issue this set of 69 songs from the great man’s repertoire that are being released in a four-CD box set (RETRO24CD). These classic tracks, most of which have not been available for more than 50 years, have been digitally transferred at the British Library National Sound Archive and are now being released to synchronize with Ghana Independence Day on March 6.